Approachable Legal Counsel
When You Need It Most
rEQUEST A CONversation 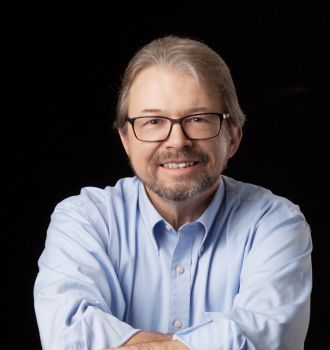 Danny has been married to Robin for 35 years. They are the parents of 4 children and 3 grandchildren. Their oldest son works for the FBI in Washington DC. Their oldest daughter is a Medical Laboratory Scientist in Utah, and the second daughter is a Realtor in Tennessee. Their youngest son is currently active duty in the Middle East.

After Danny's graduation from the University of Michigan in 1990, Danny was accepted as 1 of 36 students to attend the 2-year Juries Doctorate program at The University of Iowa College of Law. At that time, only two universities in the nation offered the extremely competitive and condensed opportunity to earn a law degree in 2 years.

During Law School, Danny served as president of Phi Alpha Delta. He renewed the inactive charter and established a police ride-a-long opportunity for law students. He also clerked for Professor Baldus, researching the death penalty. Later he developed an admirable working relationship with Dr. Eric Anderson researching case analysis of material breach in contracts. Danny worked in the Bankruptcy Clinic for the In-House Studies program. He was also active in the Moot Court competitions and finished as a finalist.

About a year into his studies, Danny was a finalist for the prestigious Rhodes scholarship for his interest and opportunity to study in London, England, as part of the London Law Consortium. After making the final cuts, Danny learned he was not an eligible recipient of the award because he was married and had children.

At approximately the same time, Danny was accepted onto the Editorial Board of the Iowa Law Review. Within weeks of this honorable appointment, Danny was activated by the United States Army to serve in the Gulf War crisis. He resigned from his new position on the Iowa Law Review and served as an Intelligence Officer in Ft. Huachuca, Arizona. After his military obligation, Danny returned to his studies at The University of Iowa.

Following his graduation, with Distinction, in 1993 with the customary 3-year class, Danny worked for insurance companies, including State Farm; The Zurich Co.; and Lloyd's of London. For 16 years he handled many types of auto and trucking claims, including fatality. He was promoted to claims specialist, claims supervisor, and claims vice-president. While in the insurance industry he earned the following designations, Associate in Claims, (AIC), and, Certified Insurance Counselor, (CIC).

In August of 2008, Danny, his wife Robin, and their youngest son, Sterling, moved to Rochester. In January they opened the doors to The Saiz Law Firm. They moved to the present location at 1601 Main Street in the fall of 2010.

"The law can be confusing. I pull back the curtain and demystify what attorneys do."

In 1983 Danny enlisted in the United States Army. He completed his infantry and airborne training in Fort Benning, Georgia. He then deployed to Berlin, Germany.

Danny's fluency in French, (acquired during high school as an exchange student), and Afrikaans, (learned while serving 18 months in South Africa's "apartheid" as a missionary), assisted his ability to communicate in the occupied city. He often acted as a translator for superiors. Danny trained with soldiers of other countries, including Great Britain and France. Near the end of his deployment, he successfully led a squad through the French Commando School in Berlin, thereby earning the coveted French Commando Badge.

Many political events involving the U.S. Armed forces occurred during Danny's assignment in the Berlin Brigade. Among them: the March 1985 ill-fated Military Liaison Mission of Major Arthur Nicholson; the April 5, 1986 bombing of the popular GI discotheque La Belle, (which was a decisive factor in the bombing of Tripoli); and, President Ronald Reagan's visit to celebrate the 750th founding of Berlin. Danny was in the crowd before the Brandenburg Gate, the famous symbol of peace, on 12 June 1987. He celebrated with a shout and a pumped fist when he personally heard President Reagan say, "Mr. Gorbachev, tear down this wall."